The Self Recharging Battery Supply of Carlos F. Benitez – by Peter Lindemann, D.Sc.

“100 Years Ago, Carlos F. Benitez Succeeded In Building A Self-Charging Battery Power Supply. It Is The Origin Of Several Free Energy Technologies And The Simplest Variation That Works Is Now Disclosed!”

REVEALED: This Overunity Battery-Charging Method is the Origin of Bedini’s Three-Battery Method, Ed Gray’s Splitting the Positive Concept and other related Principles. 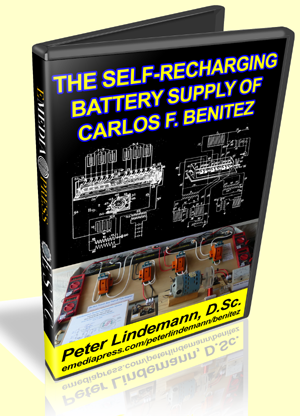 NOTE: This machine was demonstrated at the 2018 Energy Science & Technology Conference (ESTC) but there was no formal presentation. It was only explained to attendees who were interested enough to ask Peter Lindemann questions about it back in the vendor/demo room. This machine is a very small powered demonstration, but proves the point and kept itself charged up all weekend while running a motor/generator. This EXACT circuit from 100 years ago is the foundation for several well-known circuits that have been taught by John Bedini and others over the years – you are being handed the origin of where much of it came from.

Between 1915 and 1918, Carlos F. Benitez was issued 4 British Patents on a “System for the Generation of Electric Currents.” It was the early days of the “electrical era” and many experimenters were claiming new ways to produce useful electrical effects. But this was different. Benitez was claiming to be able to run light bulbs and motors from batteries that never needed to be re-charged from a conventional, external source.

By this time, the Laws of Thermodynamics had become widely taught, and so most electrical engineers did not take these claims seriously. Even today, 99% of scientists and engineers believe this is impossible, under any circumstances.

Here’s why: Classic electrical theory assumes that when a load is operated in the manner shown here, the load RL receives ½ of the power provided by the 12 volt supply, and the 6 volt battery wired in reverse receives the other half as a charging effect. Since the battery being charged only receives ½ of the energy supplied by the source, rotating the batteries back and forth runs them all down in a conventional manner.

So, it is curious to find this quote in one of Benitez’s Patents:

“Obviously the current furnished by the discharge of battery 1-2 alone, would produce a smaller charge in batteries 3-4, if some extra energy were not added to the normal output of said battery 1-2. With this object in view any of the known methods for the generation of high frequency currents, as well as those described in the aforementioned English Patents, can be employed in conjunction with said batteries, in order to provide that complementary energy, and in this manner it is always possible to charge and discharge alternately each battery from one to the other, maintaining constant a storage of electricity and producing furthermore an excess of electrical energy.”

On the Patents, Benitez is referred to as a civil engineer, living in Guadalajara, Mexico. So, while he may not have been earning his living in the electrical sciences, he certainly was familiar with both classic electrical theory and the benefits of his discoveries!

For any honest student, the questions become: Was Benitez mistaken, or did he discover something important? And if so, HOW is this possible??

Benitez was issued 4 Patents, and each one describes a different circuitry and method to accomplish the objects of the invention, which included running external loads AND returning the electrical source to its initial state of charge simultaneously. Since there was no dispute about how much energy was being dissipated by running the loads, the following conclusion may be drawn:

Benitez discovered that it was possible to return a battery to a higher energy state with fewer watt-hours delivered to it than classic electrical theory would predict, as long as that energy was applied to the battery under the correct conditions and in the proper manner.

Today, we would describe this as the ability to charge a battery at a COP > 1.

As John Bedini always said, the “gain” showed up in the battery. The circuits themselves always operated at an efficiency below 100%.

So, the GOAL for an operating system is to attain a battery charging efficiency with a COP > 2.2!

That said, there are other ways to accomplish the goals of the invention, but “super-efficient” battery charging is definitely one of the ways. For students familiar with the work of John Bedini, this method is the best documented and published on, as well.

NOTE: This presentation gives you the EXACT schematic to replicate Peter Lindemann’s circuit that he demonstrated at the 2018 ESTC, operating theory, supporting diagrams and complete explanations of how to operate it. Also, there are multiple URL shortcuts inside the zip file that are highly relevant to this technology. Some are to other presentations and some are to specific discussions at Energetic Forum.

HERE’S WHAT YOU GET WITH
The Self-Recharging Battery Supply of Carlos F. Benitez

This is the simplest explanation that has ever been given on the work of Carlos F. Benitez and it is simple and inexpensive enough that most experimenters can build this.

Get Your Hands On
The Self-Recharging Battery Supply of Carlos F. Benitez Now!

Make the decision to get your hands on this one of a kind lecture while it’s still fresh on your mind. It will only take a minute to click the button below and follow the directions to download your complete package…

…you’ll be enjoying them for years to come!

Click the button below now —
get your hands on The Self-Recharging Battery Supply of Carlos F. Beniteznow before it slips your mind.

Get The Self-Recharging Battery Supply of Carlos F. Benitez right now and study it carefully. Then decide if this isn’t a first ever presentation that revelas how Carlos Benitez actually achieved his results.

Your lecture is guaranteed to meet even your highest expectations.

P.P.S. Remember, you’re not risking a single penny since it is 100% guaranteed! 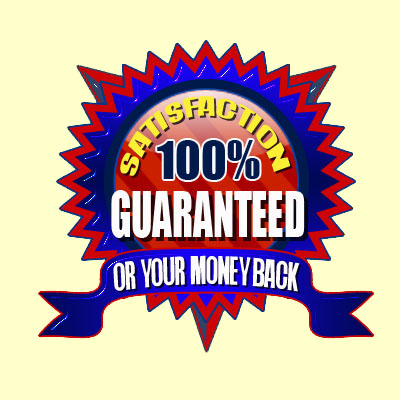